Subscribe to our newsletter to receive the latest SafeAccess articles, straight to your inbox. 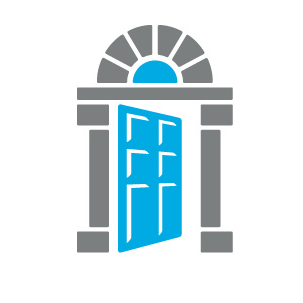 We know that many woman following a safe abortion or post-abortion care service will want to access contraception to prevent another pregnancy. However, in country programmes, such as Cambodia, we identified barriers that were preventing women from accessing contraceptive services.

The Challenge: An unmet need for post-abortion contraception

Our Cambodia trial found that there remained an unmet need for contraception:

“In 2010, 81% of women of reproductive age reported wanting to delay their next child or to have no more children but only 35% reported currently using a modern contraceptive method.”

Despite posing a key opportunity to offer family planning services, it was also noted that contraception following an abortion service remained low. We predicted that this could be due to varying levels of contraceptive counselling, following a service, and that the period straight after an abortion service might not be the most convenient time for women to receive contraceptive counselling. The study confirmed this hunch:

“Our research suggested that women in Cambodia often found it difficult to make decisions about contraception at the time of seeking abortion services; they needed more time, to wait for their health to improve or to speak with family or friends.”

Marie Stopes Cambodia started to think of ways to provide post-abortion contraception to women at a more convenient time. As our research identified that 90% of the 2066 women we surveyed had access to a mobile phone, we spotted an opportunity.

Marie Stopes Cambodia decided to trial an mHealth intervention, delivering follow-up information to women who had a safe abortion service via six automated, interactive voice messages to their mobiles. The messages also linked women to a Marie Stopes call centre for counselling or to schedule an appointment.

Participants received the first message within 1 week of using abortion services and every 2 weeks thereafter. An example message, recorded in the Khmer language, read:

Hello, this is a voice message from a Marie Stopes counsellor. I hope you are doing fine. Contraceptive methods are an effective and safe way to prevent an unplanned pregnancy. I am waiting to provide free and confidential contraceptive support to you. Press 1 if you would like me to call you back to discuss contraception. Press 2 if you are comfortable with using contraception and you do not need me to call you back this time. Press 3 if you would prefer not to receive any more messages.

A randomised controlled trial of the intervention found that the impact was significant.

At 4 months and 12 months into the trial, women were consulted over their uptake of contraception and this figure was compared with a group of women who had received no voice messages. At both 4 months and 12 months, the impact of the intervention was clear. At 4 months, 64% of women in the intervention group reported using a form of effective contraceptive, as opposed to only 46% of women in the control group. Plus, at 12 months, 50% of the women in the trial were still using effective contraception, as opposed to 43% in the control group.

Additionally, 29% of women in the intervention reported using a long-acting contraceptive method at the 4-month mark, as opposed to only 9% in the control group. At 12 months, 25% of women reported using a LARC, compared with 12% of women who had not received the voice messages.

Considering we estimated this study to cost only $6 per woman served, which covered the set-up costs of the voice messages, phone calls and time with counsellors, the impact was significant.

Read more about our mHealth study in Cambodia

Subscribe to our newsletter to receive the latest SafeAccess articles, straight to your inbox.